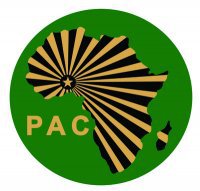 Said the joker to the thief,
"There's too much confusion,
I can't get no relief.
Businessmen – they drink my wine
Plowmen dig my earth
None of them along the line
Know what any of…