I just spent an interesting few hours reading the Koran - looking for quotes that would set the believer off on quests to destroy cartoonists and deli shoppers. The result brings up quite the opposite. Whereas Deuteronomy is clear about mans obligations to use violence in the real world to uphold the idolatry of God, The Koran seems much softer. The whole rationale for real world actions to defend the Prophets honour seems to come from the Hadith,  books written centuries after the Koran. The Hadith is little more than the Christian Liturgy or the Jewish Talmud – a means the priests of the church use to hold its structures together. As the years have turned to centuries, these subsidiary man-made books have been split and rewritten  to suit whoever was in command. Basically they are little more than man made adjustments when the true word of God did not suit the wishes of the powerful. One man's hadith is another man's heresy, and thankfully none of it is the word of God.

An Atheist always has the inside track on getting into heaven. With God the creator as my merciful saviour, I would always be able to claim that I have lived my life with the integrity of reason using the tools that he alone gave me. All God had to do if he wanted us to believe in these fairytale books was bend creation just a tad so as to give us just one shred of evidence. Credit to Betrand Russel for coming up with this one.

Thankfully the hottest parts of Hell seems to be reserved for those Abrahmists that have been unfortunate to choose the wrong branch of the faith. For whereas we Atheist infidel are simply blind or ignorant, the laspsed or misguided Abramistist infidel is guilty of having slapped the face of a God that he has actually seen.

Enough of my opinion lets hear the word of God himself, The Koran translated of course from his native Arabic language:

1) Surias that should actually prevent believers from thrashing out at the infidel. 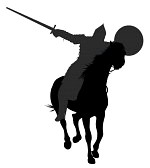 But if ye do it not, and never shall ye do it, then fear the fire

prepared for the infidels, whose fuel is men and stones.

PC - Men are used for their fat content not instruments of wrath. Stones  the statues of false Gods, not of projectiles.

And fight for the cause of God against those who fight against you:

but commit not the injustice of attacking them first: God loveth not

Fight therefore against them until there be no more civil discord,

and the only worship be that of God: but if they desist, then let

there be no hostility, save against the wicked.

And obey not the Infidels and Hypocrites yet abstain from

injuring them: and put thou thy trust in God, for God is a sufficient

When thy Lord spake unto the angels, "I will be with you:

therefore stablish ye the faithful. I will cast a dread into the hearts

of the infidels." Strike off their heads then, and strike off from

This, because they have opposed God and his apostle: And whoso

shall oppose God and his apostle. Verily, God will be severe in

lords. What! would he command you to become infidels after ye

PC- “Note the distinction between men and Angels. God does not empower men to fight his battles for him. He reserves angels for the grizzly bits like fingertip removing”

2) Surias that shows that God reserves the worst wrath for the Christians.

Infidels now are they who say, "Verily God is the Messiah Ibn

Maryam (son of Mary)! Say: And who could aught obtain from

God, if he chose to destroy the Messiah Ibn Maryam, and his

mother, and all who are on the earth together?

Infidels now are they who say, "God is the Messiah, Son of

my Lord and your Lord." Whoever shall join other gods with God,

God shall forbid him the Garden, and his abode shall be the Fire;

and the wicked shall have no helpers.

They surely are Infidels who say, "God is the third of three:" for

there is no God but one God: and if they refrain not from what

they say, a grievous chastisement shall light on such of them as

The Messiah, Son of Mary, is but an Apostle; other Apostles have

flourished before him; and his mother was a just28 person: they

both ate food.29 Behold! how we make clear to them the signs! then

behold how they turn aside!

3) The reference to images 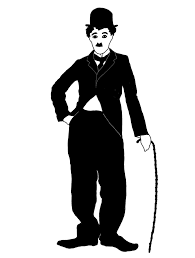 PC- Clearly cartoonists are not trying to create graven images, quite the opposite. They seem clearly innocent of any crime of promoting graven images. Either way  God has assured the believers he will personally deal with thee issues directly or with angels and not with vigilante groups interpreting his will.

4) Reference to dialogue with the Infidel

PC- This I disliked the most, but it should explain why arabs always get given the best promotions in petrol companies and why it is so difficult to date muslim women.