Well mostly because they are written by non capitalists with the intent of attacking capitalists, it is a particularly South African slang usually spewed out by politicians, academics, government employees and beneficiaries of state payments. It seeks to demean the efforts and achievements of tax paying entrepreneurs. 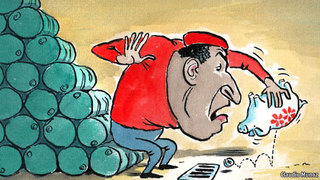 This is usually written with the intention of branding white people. Of course capital has no color, it has no race, it is not human. What is implied is that it is white people that are capitalists and black people who are not. Clearly in the case of South Africa this is misguided. 90% of white South Africans have little to no capital. While it is true that less than 1% of South Africans control significant capital, black people hold and control vast amounts of this. The PIC is the largest investor in the JSE and when I last looked, Daniel Matjila didn't look white. Jacob Zuma and his black cabinet control a deficit of R 1.5 Trillion (aka capital). With the exception of Mark Barnes and his Post Office begging bowl, all major government owned organizations are controlled by black people. It is the bloated South African State mechanism that is the biggest demand of return on Capital - R1.350 Trillion (26% of GDP). Everything else pales in comparison. For example Sanlam and Old Mutual have market caps of the order of R 100 Bn to R200 Bn, profits of the order of R10 BN and dividends of less than half of that.

Through taxation, by far the biggest demand for the benefit of South African capital comes from those who have none!

What a ridiculous idea. No one, not even the US Fed, has monopoly over Capital. Think of capital as debt, an obligation to offer return. In that respect everyone has access to capital with the proviso that they can prove an ability to generate return. For 99% of people, capital is not accessible, but not because it belongs to a few, simply because only 1% have the ability or will to pay capital a return. Any entrepreneur that has ever had to face the whip of capital knows it to be a faceless, insatiable, demanding master.

I leave this to last because this is the most offensive (when used in conjunction with “white” and “monopoly”). Universally we acknowledge that “Small business holds the key to our future growth and employment opportunities”. In what demented dystopia do you live if you do not understand that to expand small business implies the expansion of the capitalist class?

Anyone familiar with South African demographics knows that less that 10% of our population is white. Our very young are 95% black. It is from these children that our future capitalists must emerge. To imply that only whites and only a monopoly few are welcome is to break down any hope we h 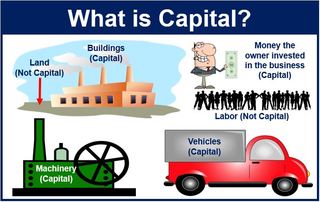 ave for the future. Already we have a generation that begs for government employment. (an ethic that has led The Congo to become the poorest country in the world). To box black children as non capitalists is to wipe out our entire future tax base.

Rather than encourage our youth to seek refuge in the basement of government employment, we should be holding our entrepreneurs up to the rooftops with the highest regard and doing everything we can to encourage their startups. Instead within minutes of them starting, we are eager to dip our tax ladles into their nascent beginnings. We will loot and steal from their stock rooms with the smallest of incentive. Our idea of stimulating small business is to employ a department of government workers and give them an expense account. To make it worse we want to brand entrepreneurship with that most despicable of racist descriptions - “white monopoly”.

Truly entrepreneurs in South Africa are an oppressed class.