The idea of using a spurious connection between racism and Colonialism is not only disingenuous, but runs orthogonal to the vector of historical truth. For surely no true statement about Colonialism can be construed as racist. Such logic leads to absurdities.

Make no mistake, under the logic of #termlimits it is time for Helen Zille AND ALL career politicians to vacate the Legislature, the Executive and the political parties. In an ideal world, the DA would make an example by recalling all representatives that have done duty for more than 8 years. These professional parasites should all leave politics and come into private life and celebrate our country along with ordinary private citizens who contribute towards the fiscus. The green shoots that will emerge (within weeks) will taste oh so sweet.

A white witch hunt will serve few beyond Maimane and those wishing to promote the national aspirations of the DA.

The following statement must by definition stand as a statement of truth- Colonialism was not ONLY bad - fact. No matter how ashamed you are of the actions of your ancestors or in what obscure way you want to relate your currents actions and feelings to past events, no matter what emotional trauma or selfish introspection you have to endure to examine these issues, no matter how you may wish to use dialect to your political advantage, face it - historical truth is a demanding mistress.

For the sake of the beginners, Colonialism was a term coined by British subjects living in the colonies of the eighteenth and nineteenth centuries. The colonists, supported by the sponsorship of Imperialist England, sought greater control of the colonies and in particular sought rights not given to the indigenous people. The biggest South African proponents of this line of politics was Cecil John Rhodes. The resulting Glen Gray Act and the Boer War were vicious incursions designed to ensure Colonial domination. The domination of the invading colonists over the imperialists and the indigenous natives.

“History does not repeat itself but it surely echoes.” Mark Twain 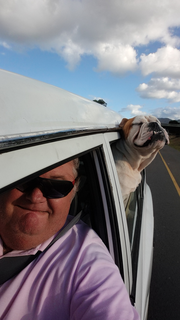 Colonialism is alive and flourishing today and transcends racial boundaries. Borders in Africa were set up by the Imperial masters in London, Lisbon, Paris, Brussels, Rome and Berlin. When you drop these artificial fences a very interesting Neocolonialism emerges.

Consider the City where I live, Cape Town. Indulge me, for this exersise, the geographic border of the Karoo, the cultural border of the Afrikaans language and the religious border of Calvinist Christianity. Like San Francisco, London, Berlin or Hong Kong, Cape Town, is a perfect example of a Colonial City. In the last 30 years the Colonists, from Johannesburg, Eastern Cape, Zimabwe, Malawi and Congo DRC have migrated to Cape Town and excluded the indigenous people, mixed race, mostly Afrikaans speakers of Cape birth with varied racial profiles and generally followers of Calvinist Christianity.

The Johannesburgers, mostly white, mostly English speaking, left Johannesburg to escape the encroaching Africanisation of a post Apartheid City. These are not distant ancestors, these people are me and all who live around me. Few of us regret having left behind the metropolitan chaos of Johannesburg. Here, we have taken control of the best Land in the Cape, The Atlantic Seaboard and Southern suburbs and pushed the indigenous people into ever smaller pockets of control in the thirsty hills of Bellville and the windswept Cape Flats. This is why the natives complain that their children cannot afford to live in the suburbs where they grew up!

Mirroring the Dutch invasion of 350 Years ago, the new colonists have established thriving businesses and use indentured labor to run them. We have imported our own ”slave” labor. People that will worked for lower wages and under harder conditions than the locals. We pay our own children less in wages than they could earn in Johannesburg. The suppression of wages has driven up unemployment in the indigenous people. In particular we have taken the”stepping stone” jobs. Stepping stone jobs are jobs done by young people, car guards,car washers, caddies domestic servants, waiters, kitchenstaff, drivers and office staff. I list these jobs out of nostalgia, because they were all jobs that I performed as a nascent entrepreneur. The indigenous people find themselves unemployed, unable to step onto the employment roll, unable to grow into entrepreneurial roles. The “Government Jobs” have also been taken by invaders.

To see this in action, look no further than the Taxi industry. When I arrived in Cape Town it was run by indigenous Capetonians. Within a few years of the millennium, it was staffed by the Eastern Cape Invaders. In the last two years Uber-fueled Zimbabweans are driving cars in fleets owned by settlers from Johannesburg. Indigenous taxi drivers are all but excluded from working. Its not written law, but the de facto effect is the same as the Glen Gray act, the indigenous Capetonians are pushed to the margin in the name of colonial progress.

Local Afrikaans culture has given way to our English ways. We have culturally emaciated Stellenbosh University, once a bastion of Afrikanerdom. We have even introduced English and Xhosa as alternatives to the indigenous Afrikaans in schools. Our scholars can now study and never have to bother with the language of the natives. In fact we have turned language so that dependency on Afrikaans is now a barrier for the natives. All the while the innocent Capetonians have stood by and facilitated our invasion. It is jaw dropping to find out that the aspirations of young English and Xhosa settlers, bereft of any capabilities in Afrikaans, is to “go to Stellies”.

No kidding, 30 years ago Stellenbosch shut down on Sundays. We have transformed the Cape from a Calvinist outpost to a secular melting pot. God is on the retreat and atheists ride in broad daylight on the backs of giant black bats. If any of the indigenous Capetonians express religious intent, they are soon mocked and pitied by the invaders. In their own Land, their church is in retreat.

Premier Helen Zille is one of us – a colonist. Maimane is not even that, he sits a thousand kilometers away in the Imperialist offices of Guateng and starts blurting out double speak fantasies of an imaginary Post Colonial Cape, devoid of realismbut crafted to suit his national political aspirations. Zille has ensured that we colonists thrive, run our exploitation and marginalize the indigenous people. We do the unbelievable, grant resources and favor the newly arrived migrants at the economic expense of the indigenous. This is not history - this is today. The share of Land, Income and Government resources spent on the Indigenous Capetonians has diminished in favor of the colonists, who continue to flock here.

Under successive ANC and then DA governments, rather than redress the Apartheid Land injustices by redistributing Land to the recently dispossessed indigenous, we have instead handed out large tracts of Land to the immigrants. In Tokai, where I live the indigenous people are now a minority. All this in 30 years, most of it in the last 15 years. You have more chance of hearing the native Afrikaans language in London or Auckland than you have on the streets of Tokai.

If you have ever wondered how the Colonialists of the nineteenth century could be so blatantly selfish and ruthless, look no further than yourself today. None of the Capes invaders feel any regret for our actions. In fact we feel an entitlement to all we reap around us. We even use the ANC as a partner to perpetrate our colonial “crime”. This why the ranks of the Prison services, police force are filled with invaders.

We are not Colonialists by force, we are Colonialist by choice. I am not a supporter of the DA, but I would wager a small farm in the Boland that in a two horse race, indigenous Capetonians choose Zille over Maimane, for the Colonialist chains that Zille offers do not chafe as much as the Imperilaist yoke that an outsider like Maimane would surely offer. What will Maimane offer the Capetonians but further subjugation to the outsiders?

The modern Cape, dear reader is echoing Colonialism and it will persist as long as we keep producing beads and mirrors for the natives and as long as they are happy to spend their unemployed days looking at themselves in their new found reflectors. Why else would the indigenous people support and vote for modern Cape Colonialism? Unless you believe that the Capetonians are irrational or stupid, it proves the adage that Colonialism is not ONLY bad.