This Blog is an answer to Bishop Enoch Mthembu of the Nazareth Baptist Church, who on 21 May 2012 in South Africa has said that artist Brett Murray, “... deserves to be Stoned to Death”.

Let me begin Bishop Mthembu by making it quite clear that, “I do not believe in Your Gods, Your Prophets, or Your Messiahs and I pray for the souls of those pitiful Priests that proffer motions on the myths of monetheism.”

It is a sad day when a society turns on its satirists and tries to gag them. Its usually the sign of a regime or order that has run its course and now defends its shaky borders with totalitarian decrees. This is one of the early steps towards Stalinism. It is not the context of Murray's work that is the important issue here, but the right to express it. In satire, vices, follies, abuses, and shortcomings are held up to ridicule, ideally with the intent of shaming individuals, and society itself, into improvment. It is only a matter of opinion as to whether the painting, Zuma by Brett Murray is offensive. It is certainly not offensive to me and in fact the Artist encapsulates in a graphic fantasy of a public figure, the essense of what we as South Africans find wanting in our society. Jacob Zuma is a democratically elected President of South Africa, a public figure who represents the South African Nation. A comment on Zuma is a comment about the nation, far more than it is a comment about an individual.

The issues depicted by Murray are in the realm of the trivial, if you want to read satire that is “an affront to God, demeaning to women and vehemently racist”, as per the review of Bishop Robert Gray, then I suggest you read my 2008 work, God's First Fishermen.

The fact that this painting does does not advance Your or Jacob Zuma's political (Stalinist), monotheistic, or polygamous agenda does not make this offensive material. Your calling for the artist to be punished with no less a fate than and early departure to the afterlife is offensive. It is an offense typical of fundamentalist self righteousness.

I gives me no particular pleasure to present my satirical comment below, not even my own work, but simply an internet Mashup. My self portrait is my light hearted finger up to my social circle who would ridicule me for wearing my "dick on my forehead." It is also me biting my thumb at you Sir for having the temerity to suggest that the pictorial depiction of an erect penis is offensive. If I am clearly not offended by this self portrait, what gives you the right to determine what we as members of society must collectively find offensive. 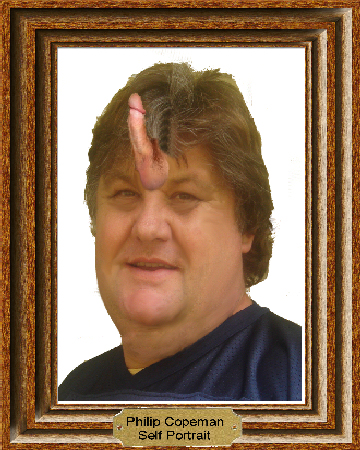 My Mashup of The Reserection is simply to show that your symbols have no religious relevance to me and therefore should be regarded as an action of apostacy rather than blasphemy. As an outspoken Atheist I daily tolerate the meaningless bombardment of the media with rhetoric and illogical deduction that makes up much of todays fundamentalist doctrine. Do you have any idea how offensive the concept of a man-God is to the rational mind? This has a devilish bite when it transforms itself into real world pontifications like your call to violence. Illogical as you are , Bishop Mthembu, I tolerate and defend your right to religious expression. Your pious religious rantings and neopagan rituals, resemble baying at the moon and hover between commic and tragic. Your incoherent deductions of Murrays satire as being “disrespectful and racist” are simply the barkings of the selfserving. I state clearly that I tolerate, not exonerate, your behavior. Just as I tolerate you, it is your democratic duty to tolerate me and the utterances of satirists. 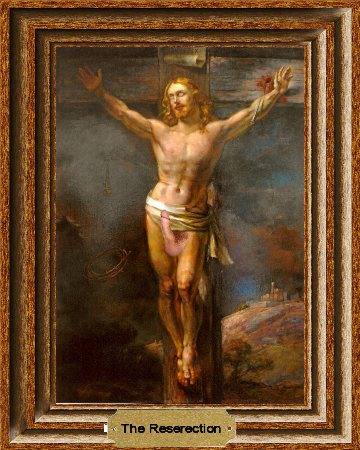 However there is a line. No one countenances hate speech. Satire is not hate speech. Atheists or satirists do not call for violent action. Denouncing someone as deserving death by a Koranic style public obliteration is, by any definition, hate speech.

If you have the balls, or you feel that your Creator has gifted you with the intellectual capabilities to debate me on constitutional rights, de facto reality and theological fundamentals and their place in a secular society, I would happily engage you on a public platform. If the creator has short changed you in this department then sit down, shut up and ply your malevolent wickedness in the privacy of your sunday schools.