We are led to believe that what we are witnessing is a “Game of Thrones” power Battle between President Jacob Zuma, Finance Minister and SARS Boss Tom Moyane. These protagonists cannot decide who is the Master of Coin. The ANC Party line is this:

It is not about a ratings downgrade or an election at all, it is all about the corner office, who gets to park in the ground level parking and who gets to call who “Sir” in the morning. After the reversal of the appointment of van Rooyen and the reinstatement of Gordhan, there is a organisational friction between Gordhan and Moyane who was directly appointed by the President. Gordhan is all in a huff about his authority and Moyane is indignant about his reporting status.

For these ego reasons, these three men are prepared to risk the financial rating of our country while they go head to head about “protocols”. The ANC is embarrassed by this, but alpha males will be alpha males. The rest of us should hunker down, grovel in the streets, pay our taxes and ignore the idiosyncrasies of royalty. That is what we are led to believe.

Even with fuss about the “Rogue SARS Unit” and the Hawks playing the role of the Kings Hand, the above scenario does not make sense. Look into the cauldron, drink the baboons blood and let me tell you a tale of the realm: 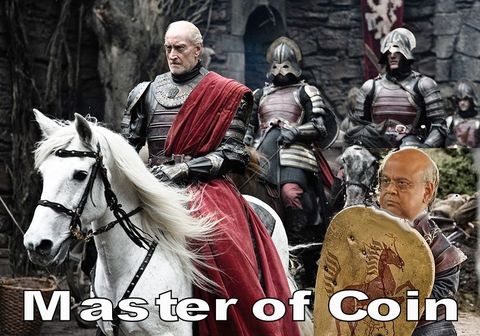 Gorhans reappointment was coerced on the President and within a few hours of being reinstalled, both Gordan and The President remember why Gordan was demoted in the first place.

Flashback in time. The root cause comes from Gordhan's time at SARS nearly 10 years ago. As Tax Commissioner, Gordhan copied a global trend by assigning a special team to handle large economic fraud. Kinda like the “Seals of Finance” or Knights send on a covert mission. The idea was to uncover and expose commercial villains who were avoiding payments and thus stealing really large amounts of tax payers money. The unit was set up and in due course produced its first reports. However by this time Gordhan was promoted to Finance Minister and it was left to Ivan Pillay to decide how to react to the Unit's Reports.

The unit had something to report, unfortunately what they uncovered was massive tax fraud in the distribution of cigarettes and the import of textiles. What transpired was that around R 6Bn in revenues were lost to the fiscus and worse the beneficiaries included family and friends of ministerial level politicians. This potato was too hot to handle. Pillay tried to get the support of his ExBoss Gordhan, who tried to get the support of the President who decided instead to demote Gordhan out of Finance and to promote Tom Moyane into a position where he could do a “van Rooyen”. Pillay was duly suspended and a reassigned Gordhan went about his new business of checking municipal plumbing invoices.

So when is a rogue unit “Rogue”?

Like Knights in battle what actually mattes is who wins. History is written by the victors. A unit is “not Rogue” if it goes away on its mission, does its research, comes back with a full report, isolates the perpetrators, gets the backing of the SARS Commissioner, The Finance Minister, The Minister of Police, The President and the necessary Prosecuting Authorities and takes action against the offenders. Then they are not “Rogue”. They are Knights, heroes of the realm.

The unit becomes “Rogue” when one of the parties in the reporting chain does not like the likely outcome of proceeding to prosecution – heads must roll. The President has some tough choices. He faces divided loyalties. Side with the perpetrators, hush the whole affair or side with those that are putting the fiscus first. This outcome is predictable. We have been told many times by Presidents of the ANC. South Africa does not come first – Exit Gordhan. Pravin Gordhan is sworn to protect the fiscus of South Africa. The newly reinstated Finance minister is once again faced with the dichotomy: reveal the real cause of the SARS friction and bring down the wrath of the electorate and the investment community or risk the party anger when their municipal salaries are compromised by a voter backlash.

Ratings agencies, like inquisitors of the faith, will immediately downgrade us if further irregularities are found. It would be a calamity if an errant Prince had erred and not been punished. Family would be called to account. All at court can see that the King's hair is blonde, but no one can speak of it.

What we are actually witnessing is the Minister wobbling down the political tightrope that keeps him in power and the low road to righteousness in which he supports his conscience, supports all those that have found the hole in the fiscus and brings to book the perpetrators. Supporting the perpetrators buries the Minister further and further into the hole. Failure on his part to act will leave him guilty of conspiring with the perpetrators.

Moyane too has his hand forced. Unless he declares the unit “Rogue”, Moyane stands as corruptions gate keeper. He is holding a report that fingers close friends of senior ministers. Send in the dragons – The Hawks – to completely rubbish The appointment of the Unit, bury the reports and leave the perpetrators to go about their ways. Only by completely trashing the report's contributors can Moyane save himself from an act of conspiring.

The President too has an election to face and friends to placate. Such is the web of patronage that holds together the ANC elite that ranks must be drawn around even the most evil of acts. Blame will have to be accorded but right now Pillay is an excellent fall guy and the public is buying the Kings Landing - Kingdom of the North story. Like the incestuous brother on the throne this secret is protected by the tax act that makes it a constitutional breach for any party to talk about private tax prosecutions. But the public likes executions and this matter will keep bubbling until a head is severed. 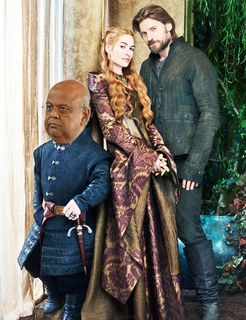 The Hawks have 27 questions to ask Gordan to make sure he doesn't answer the one that really counts: Who is fingered in the Rogue Unit Report?

Philip Copeman is a member of the PAC, but writes here in his personal capacity