As member of the PAC with an above average interest in the Land Issue, I am trying to understand the following analysis of the Mala Mala Land Restitution settlement. Does anyone have any information to add?

The Rattrays have been trying for years to get R 600 M for Mala Mala, but have been unsuccessful in numerous court appearances. Suddenly in the dawn of an election year, wondrously they are able to get R 900M. In a spectacular empowerment deal, they sell Mala Mala to the Taxpayer and then get a lease back on the property at R 1 Million per month. 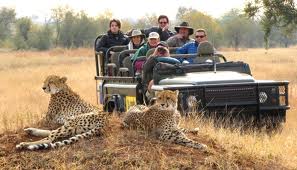 The estimated profit of Mala Mala is R 20 M per year, putting a maximum value at 10 times earnings of R 200M. This is why the Rattrays have been struggling to get their willing seller price of R 600M. The market price of Mala Mala should be closer to R 200M!

Even a struggling first year finance student understands that a business that makes R20 M and has cashflow only able to effect a leaseback at R 12 Million, CAN NEVER BE WORTH R 900M! At these rates Mala Mala has a better price to sales ratio than Facebook!

If this R900 M transaction was done as a direct compensation, at the Government bond rate, each one of the 15000 claimants could expect R 7000 in perpetuity. Under the current deal they can expect to get closer to R 500 per year. When this finally dawns and Mala Mala is put for auction, expect a sale price of R 200M!

Yet an election year brings on a philanthropic breakthrough settlement of R900M – something does not add up. The Rattrays who have been fighting Land Expropriation at R 600 M for years suddenly “settle” at R 900 M. What can be the terms that would cause this outpouring of goodwill by the Rattrays?

M'Lady I put it to you : a hypothetical explanation is that the food parcels and mattresses recently donated by the ANC election campaign have been finance by a very large private donation from the Rattrays!

It is too ghastly to contemplate. If something as heinous as this has happened, effectively money from the budget for Land restitution has been taken from the very mouths of our most destitute citizens and used to pay for the ANC election budget. Such a possibility also makes a complete mockery of the willing buyer- willing seller approach. Willing buyer willing seller has been replaced with willing party detonator.