While Africa is a continent of diverse racial mixings, those with higher levels of melamine have historically suffered racist attacks. Currently, ultra racist societies like Israel would deport Cheddar Man. Today albinos are hunted for their body parts in Central Africa.  For the sake of the children lets get the evolutionary dynamics of skin color right.

I have yet to analyse the haplotypes at Chris Stringers disposal, but the recent claim endorsed by Stringer, that Cheddar Man, the first Britton was black, based it seems solely on DNA, is yet to convince me.

Here are the problems:

Firstly, unless this Cheddar man dude was carry around his own bedside UV light, he is subject to the same hostile environment of the Wurm ice age that still engulfes Britton 10,001 years ago. This not1, 000,000 B.C., with Raquel Welch hanging around in a goat skin bikini, but the ice age period leading up to the thaw 10,000 years ago.

Only white people thrive in low UV environments, the presence of melamine obstructs your absorption of light and the development of Vitamen D. Black men, low on Vitamin D cant synthesize calcium compounds and get bone problems and then can't win the fathers race. Humans change theír skin color rapidly with changing climate, India proves the case over 3,000 years Polynesians, Taiwanese decedents prove it over less time. Cheddar man does not have that amount of time. He goes to bed one night in the snow and wakes up to a perfect golf day. (metaphorically over 30 generations.) So while it is vaguely possible to chill out, smoke a Jamaican spliff and imagine that Cheddar man is black and then by a decree of the Old Man, turns back to white when the PGA tees off, it is not probable. Not probable that his descendant is going to start at running back for the New York Giants. 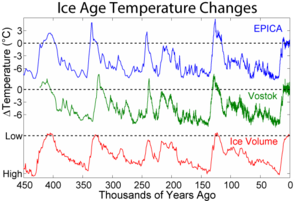 For Cheddar man to be black and his girlfreinds and buddies too, they have max 1,000 years to evolve blackness. The UK warmed up quickly, but not that much as attested by their cricket team and the fact that if you have a white bank manager his grandfather is likely to have been born in the UK. White people still thrive there, 10 ,000 years later. So unless there is that cheap tropical island travel, that Brits love so much, is still available in the upper Palaeolithic, white folks prevail.

Secondly, when you use the term 'blackness' do not confuse this with the melamine intensive skin color of West Africans. All or almost all Wurm travellers Out of Africa 60,000 years are likely to turn their children white, particularly those that come into Europe 35, 000 years ago wearing sheepskin and cowering for warmth in caves. If they turned white everywhere else from Japan to Spain, they were highly unlikely to develop blackness by crossing channel, probably still wearing snow boots and singing, I'm Dreaming of a White Christmas.

So Nah, Chris Stringer, your boy may have had blue eyes and be able to sing My Way, but he almost certain struggles with the rhythm and the chord changes in the bebop  version bamboozle him. The best chance you Brittons have of becoming black is to go down to a pub in Notting Hill and try to look cool and not too available.